Kola Peninsula: Prospects for Development of Non-conventional and Renewable Sources of Energy 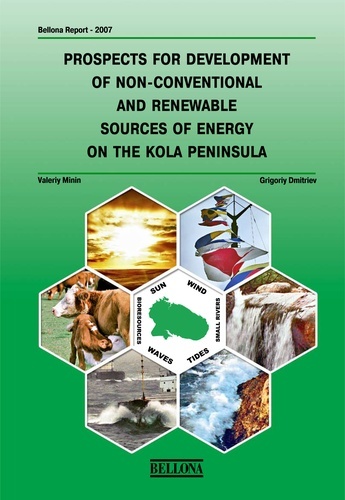 “Prospects for Development of Non-conventional and Renewable Sources of Energy on the Kola Peninsula” is the product of independent scientific investigation conducted by the Kola Science Centre Institute for Physical and Technological Problems of Energy in Northern
Areas. This is a groundbreaking report containing the most comprehensive evaluation of alternative energy sources on the Kola Peninsula. It provides scientific evidence that the region’s natural resources are in sufficient quantity to make renewable energy a worthy alternative to nuclear power and fossil fuels.